Version 0.3 is out! Here's the changelog! 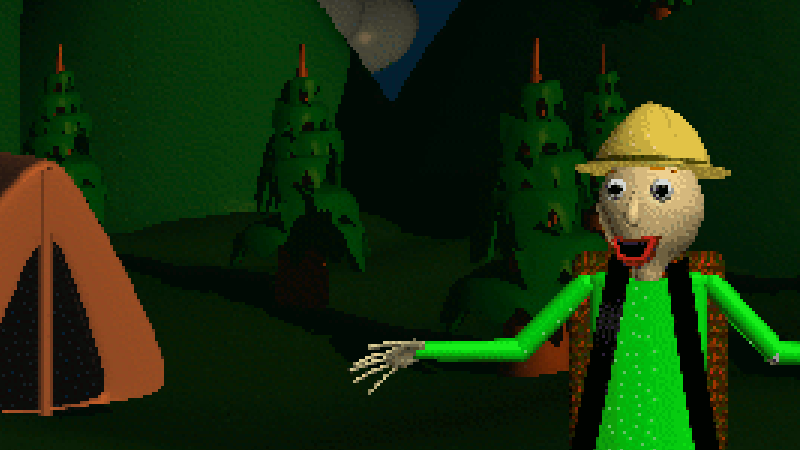 The main change is that the overall game speed has been increased and the game has been re-balanced! This change was something I've wanted to add for a while, but I didn't want to take it lightly. It's a big change and I wanted to make sure it was done right, and I think it was. The reason for this change is simply that with the larger levels and longer time required to beat the game, using the speed of the original game proved to be a bit too sluggish. Of course, I was also careful not to make the game too fast, as Baldi's Basics is meant to be a slower, more methodical experience than most other games. I think I managed to get that balance just right. I've had a handful of people help test the new speed and they've all agreed that it's a huge improvement over the old speed. Of course the speed of Baldi has also been increased, so almost everything else in the game has been tweaked accordingly. Even things like detention now count down faster than real seconds. When you first start playing this update, the new speed might seem off-putting at first, but please be sure to try playing the game a few times and I think almost everyone will become used to the new speed and agree it's a big improvement!

Among all of the following changes, I also want to mention that I have a couple more big things planned to release via minor updates in the coming weeks. First off, with the revamped field trips I was not able to finish the new farm minigame in time, so I opted to leave it out for now but it will be added shortly. Second, I plan on completely changing the way pre-made maps are saved (In development) and loaded, which will future proof them and fix the bugs currently found in them. I'm sorry for the delay on these features and thankful for your patience!